You are here: Home1 / About Us2 / Meet the Rebus Theatre Team New 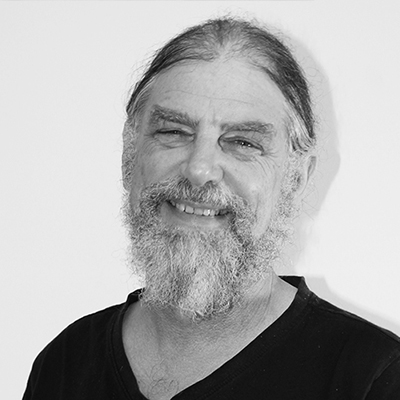 Robin Davidson is an actor, clown, director, teacher and writer. He is a graduate of Charles Sturt University in Theatre/Media, with First Class Honours. He devises theatre with communities, including five years as founding artistic director of Hidden Corners Theatre, a company for young carers (young people who have a family member with a disability), seven years as director of Imperfectly Sane Productions, the Mental Health Foundation ACT’s theatre company, and fifteen years as a founding member of Canberra Playback Theatre. He has taught in East Timor, Indonesia, Thailand and Sri Lanka. He was co-awarded the 2005 Media Entertainment and Arts Alliance ACT Green Room Award for services to community theatre. He also performs, directs and teaches clown and Commedia dell’Arte, including having performed in Nara, Japan and at the Sydney Olympic and Paralympic Games.

He has extensive experience in project management, having led dozens of arts projects from concept, through consultation, finding funding, enactment, documentation and evaluation. He has worked with a wide variety of communities including young carers, people who experience mental illness, people with disability, young adult migrants, children, at risk young people, environmentalists, climate scientists, and teachers.

Robin is the founding director of Rebus Theatre. He co-leads the company with Ben Drysdale. As well as teaching and directing projects, his primary responsibilities are strategic planning and grant writing.

Ben Drysdale is an actor, director, drama tutor, musician, events coordinator, with 15 years experience in community arts. Ben completed a Bachelor of Arts in Theatre and English at ANU in 2005 including a 2-year Acting, Voice and Movement program at Simon Fraser University in Vancouver, Canada. Since returning to Australia he has worked in a range of artistic roles both independently, and in conjunction with community organisations.

Ben has worked as an actor and producer on a range of community-based arts projects including acting in Imperfectly Sane (2007), Imperfectly Sane Too (2008), funded by the Mental Health Foundation, co-producing the The Hunting Season (2008) funded by the Foundation for Young Australians, and producing The Mindscapes Mish Mash Variety Night (2013-2016) in partnership with Belconnen Community Service and the Mental Health Community Coalition.

Since Rebus began in 2013, Ben has performed as a professional actor in the creative development Fractured (2016), and on numerous occasions delivering Rebus’ forum theatre-based workplace training. Hehas taught numerous drama workshops and classes including the Acting and Performance stream of the Australian Defence Force’s Arts for Recovery Resilience Teamwork and Skills program, and worked as producer and director on All In (2016), Open Doors Open Minds (2018), Moving Climates (2018) and Access All Areas: Justice (2019). 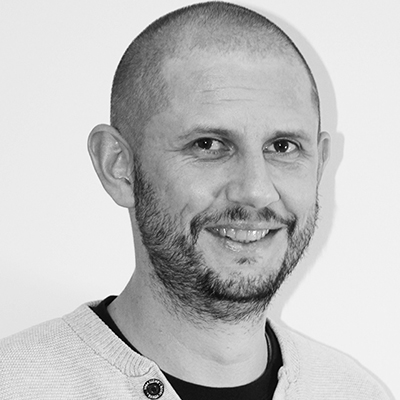 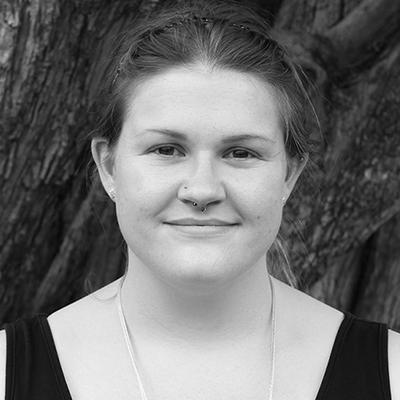 Amy took on the role of Finance and Administration Officer in January 2020. She instantly proved herself a valuable addition to the organisation with her problem-solving skills, can-do attitude, cheeky wit, and propensity to bring fancy chocolates into the office.

Amy has worked in administration roles in the past but is new to the financial management side and is enjoying the opportunity to develop her skills in this area. While Amy is new to working in the theatre industry she has grown up enjoying ballet, theatre, comedy and music, as well as various crafty hobbies. Her involvement in the ‘Messengers’ program was pivotal in keeping her attending high school. The ACT school band program was instrumental in Amy learning the oboe which she played in various concert bands. She would love to pick it up again. Amy enjoys the variety that working with Ben and Robin brings, whether it’s doing a quick bit of research to summarise a new topic or having a perfectly normal planning meeting turn into Robin and her discussing a completely unrelated hypothetical topic and Ben reining them in.

Amy identifies as a person with disability and is delighted to have found a job that allows her to do something she is familiar with (admin) whilst helping to promote a cause she cares deeply about. She is grateful to be working for an organisation full of understanding and supportive people. She lives at home with her four cheeky parrots who attended many zoom meetings while Rebus was in lockdown.

Ali is an award-winning actor and director specialising in the effectiveness of theatre as a tool for education, engagement and social change. Ali’s theatre experience includes working as an actor, director, musician, scriptwriter, choreographer, lighting designer & stage manager. Ali is the Artistic Director of Acting With Ali, a drama, dance and music school operating out of Queanbeyan. 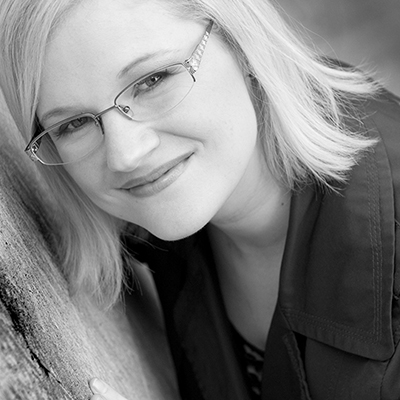 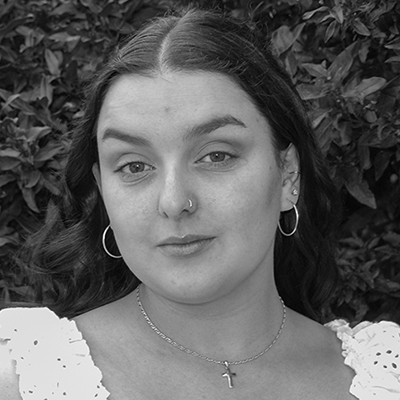 Bek has performed in school productions at both Telopea Park School and Canberra College, where she played the role of Gwendolen in Oscar Wilde’s The Importance of Being Earnest. As well as being Communications and Administration Officer for Rebus, she is assistant tutor for our Inclusive Drama Classes.

For five years she volunteered as a leader at FISH, a weekly after school children’s program at St Matthew‘s Anglican Church Wanniassa. She currently volunteers at the St Matthew’s Youth Group, leading activities for local high schoolers.

Bek is currently working towards a Bachelor of Marketing Communication at the University of Canberra. In her spare time she sings, plays piano and teaches herself guitar and ukulele.

While Cara has moved on from Rebus, she remains a life member of our family.

Cara Matthews is an award-winning actor, director and educator who expertly uses her own lived experience and that of others to develop and deliver innovative and engaging performances around mental health and disability. She is a compassionate and dynamic teacher with a proven ability to work with people of all circumstances and abilities, and has an extensive background in improvisation.

Cara has a Certificate IV in acting for stage and screen from Canberra Academy of Dramatic Arts. She was the recipient of the 2015 Chief Minister’s Inclusion Award for Emerging Young Leader, as well as a 2019 Finalist for ACT Woman of the Year.

Cara appeared in the 2012 award-winning play Smart Jimmy Slow Bob, is the voice of the National Library e-learning platform, and appeared in 2014 feature film Somebody Else‘s Country. In 2016 she was Artistic Director of All In Variety Show, as well as teaching several classes and workshops to people from various backgrounds. In 2017 she performed in This is my Brave and in 2018, she co-developed and performed in Moving Climates and Open Doors Open Minds, as well as acting as a mentor for the Australian Defence Force’s (ADF) Arts for Recovery, Resilience, Teamwork and Skills (ARRTS) program. In 2019, she was Artistic Director of Access All Areas: Health and Access All Areas: Justice. 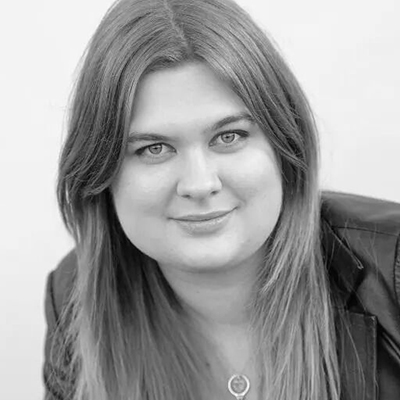 Yolanthe joined Rebus Theatre in January 2021 because of her passion for social change. She is deeply committed to supporting the work of Rebus in their creative endeavour.

She is drawn to collaborative organisations that achieve great things through teamwork and creativity.

Yolanthe has worked as an archivist, and outreach officer in Canberra heritage organisations, large and small, including the ArchivesACT , and the newly formed Canberra and Region Heritage Network of researchers.

She is experienced in managing projects and events, as well as facilitation, policy formulation and efficient governance and administration.

Yolanthe feels she works best in behind the scenes operations,

Yolanthe is a strong advocate for the social model of disability. She has first hand experience in supporting family members with disabilities to live fulfilling lives.

Yolanthe dabbles in artistic expression through felt making, painting and drawing but is always most at home crafting words.

Amanda recently joined the team at Rebus as Finance Manager. She has always been interested in theatre since her school days, when she joined drama clubs and performed in school plays whenever she could.

Amanda has been working in the community sector in the ACT for over 20 years, mainly with organisations that support people who have a disability or chronic health condition.

She has held many senior roles in the administration and management of community organisations in the not-for-profit sector in Canberra.

Amanda’s main areas of expertise in the workplace are financial systems and information technology.

She is keen to contribute her experience to Rebus. Her main tasks are to develop and monitor project budgets and oversee the financial accountability that are the backbone of making small enterprises successful and sustainable.

Amanda ’s interests outside of work include travel, photography, architecture and spending time at home near the beautiful regional city of Cooma.