You are here: Home1 / Programs2 / Ignite

Theatre Classes for People with a Disability and Mental Illness 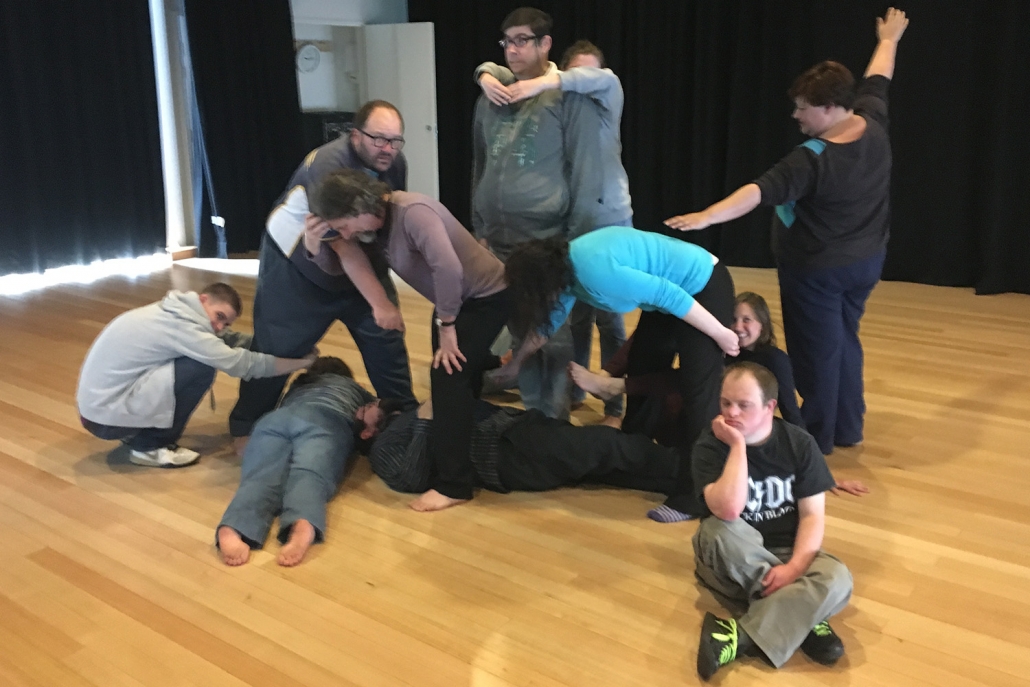 Rebus Theatre was approached by Belconnen Arts Centre to lead the drama component of their IGNITE program in 2015 and 2016.

IGNITE: Alternative Arts Academy is a series of programs that encourage participation for people with mixed abilities. The Academy provides opportunities for all levels of experience, from entry-level to those wishing to transcend into the mainstream arts sector. It’s a program for the hobbyist who likes to participate because it’s fun through to the arts professional practitioner.

In 2015 Rebus Theatre led an on-going drama program, with a dance component led by Janine Ayres. This led to short performances for the Mindscapes Festival and for the opening of the Hidden Faces exhibition at Belconnen Arts Centre.