You are here: Home1 / Performances2 / Not Dead Yet

A comedy about death and dying. 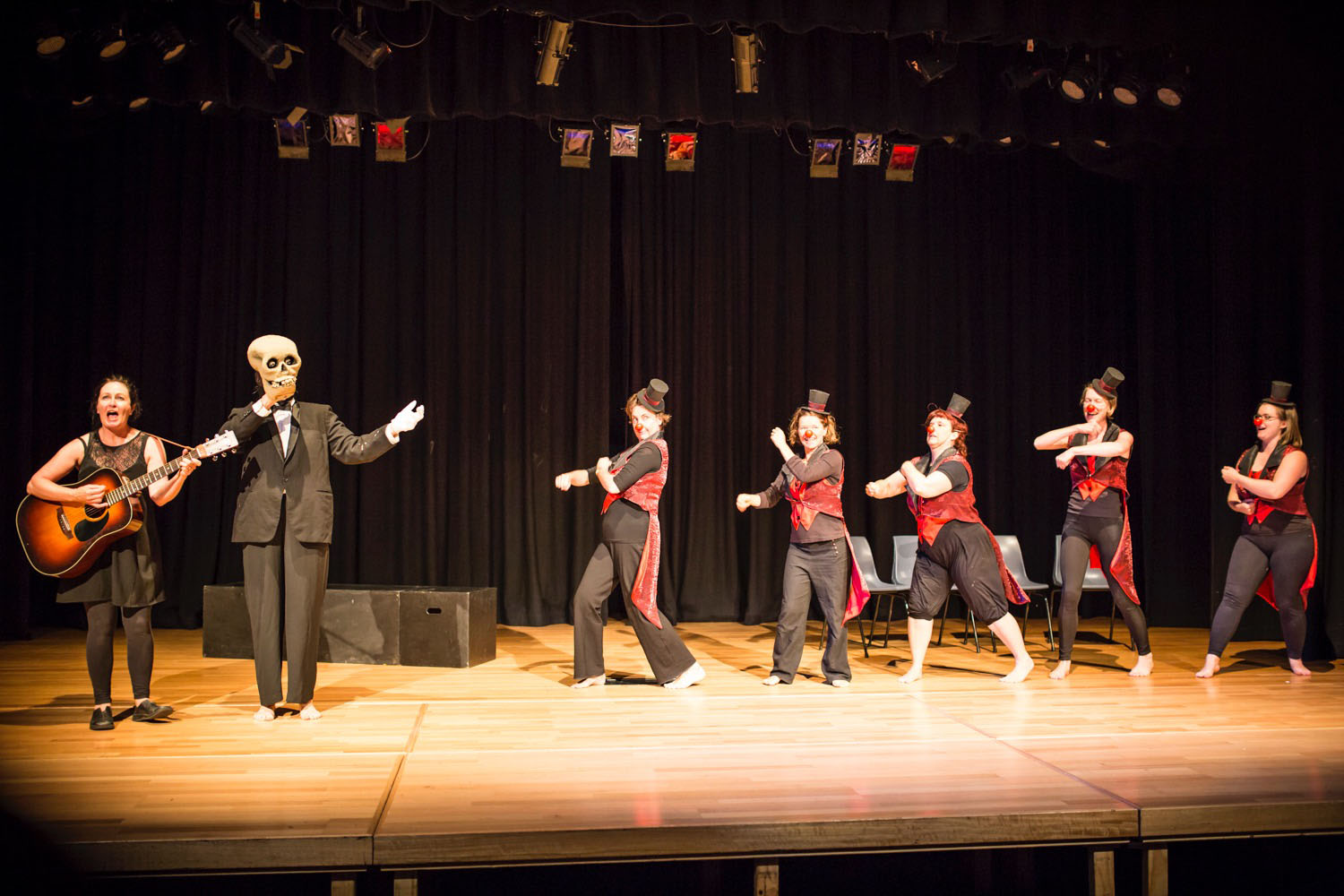 Rebus Theatre Artistic Director, Robin Davidson, was approached by Crankit Theatre (formerly Square Peg Theatre) in Hobart to work with them to develop and perform an original theatre work about death and dying. Two performances of Not Dead Yet! were held in early 2016.

The show was a medley of short scenes about death and dying, drawing on the cast’s own experiences, research and collective imagination. Several members of the cast were – or had recently been – caring for dying family members. This gave the show an honesty, and a licence to tell the blackest jokes. The scenes flipped between the ridiculous and the vulnerable, and back again. It employed song parodies, original music, mask, puppetry, clowning, monologue and naturalistic scenes.

Not Dead Yet! was supported by:

It was funded by the Australian Government’s Better Access to Palliative Care in Tasmania Programme, through the Tasmanian Palliative Care ‘Networking End of Life Care’ Project.

Check out our Performances or join the mailing list to stay in the loop about upcoming performances.